If there is anyone out there who doesn’t know, I spent all my summers growing up in Breezy Point, NY. My parents still live there, in a year-round house on the bay side. Since 2000, my husband and I have had a little bungalow closer to the ocean side and we spend all of our summers there with our own kids. My brother, sister-in-law and two little nieces have lived there year-round since the summer of 2011. If you know me or have followed my website at all, you know all this. I write about Breezy Point and what a big part of me it is all the time. I’ve shown you TONS of pictures in my “Moments of the Month” posts, and our Breezy life was even featured in a magazine this past June.

Everybody knows what Sandy did to Breezy last week. The good news is that everyone is safe. My parents are safe in Florida, my brother and his family have been here in Pelham since they evacuated on Monday, and even those friends and neighbors who didn’t heed the evacuation order were rescued from Breezy without harm. The bad news … you know. More than 100 homes were burned to the ground. Of those that didn’t get destroyed by the fire, many have been irreparably damaged by wind and flying debris. Of those that are still standing, most had several feet of water in them. Nobody escaped scot-free. Many people lost everything.

I’m writing this because so many of you have asked how you can help.

It’s a tougher question to answer than you might think. In the first few days after the storm, brigades of people came to my house to donate food and clothes. On Saturday, we filled up two SUVs and brought it all down to the donation center that’s been set up in Breezy. They’re completely overwhelmed now, though, and cannot take any more donations. People in Breezy now are in the process of emptying out their homes of wet and destroyed furniture, clothes, toys, books, appliances … you name it. But the people who live in Breezy year-round can’t start replacing those things now because they have no place to live. They’re crowding in with family and friends while they look for apartments. The word is that the power won’t be turned on until March, at the earliest, and no real construction can begin until that happens. Once people are settled in their temporary housing, they’ll need things like mattresses, couches, dishes, etc — every day stuff. Once the rebuilding begins, they’ll need things like tools, lumber, sheetrock — rebuilding stuff. And way down the line, when the homes are repaired or rebuilt, THEN they’ll need beds and furniture and rugs and appliances and toys and books and backpacks..

SO … My thought is that the two ways to best help the people of Breezy are:

*by donating to the Breezy Point Disaster Relief Fund — a registered 501(c)3 fund set up to aid struggling residents of Breezy Point.

****Edited to Add****
*Hey! Here’s another way! If you’re willing, able and available to do some real hard, dirty work in Breezy Point — I’m talking lugging waterlogged furniture, ripping up floors, shoveling sludge — check out the Bodies for Bungalows page to get information on how you can help.

This community has been so amazing since this all happened. If it’s possible to find something good in such a bad thing, it’s definitely that I’ve been reminded how amazing people can be. People dropping off clothes. Making food. Bringing wine. Taking kids. Opening their doors. Carrying mattresses and couches. Helping rip up floors. What can you say about that?

Thank you all so much!! 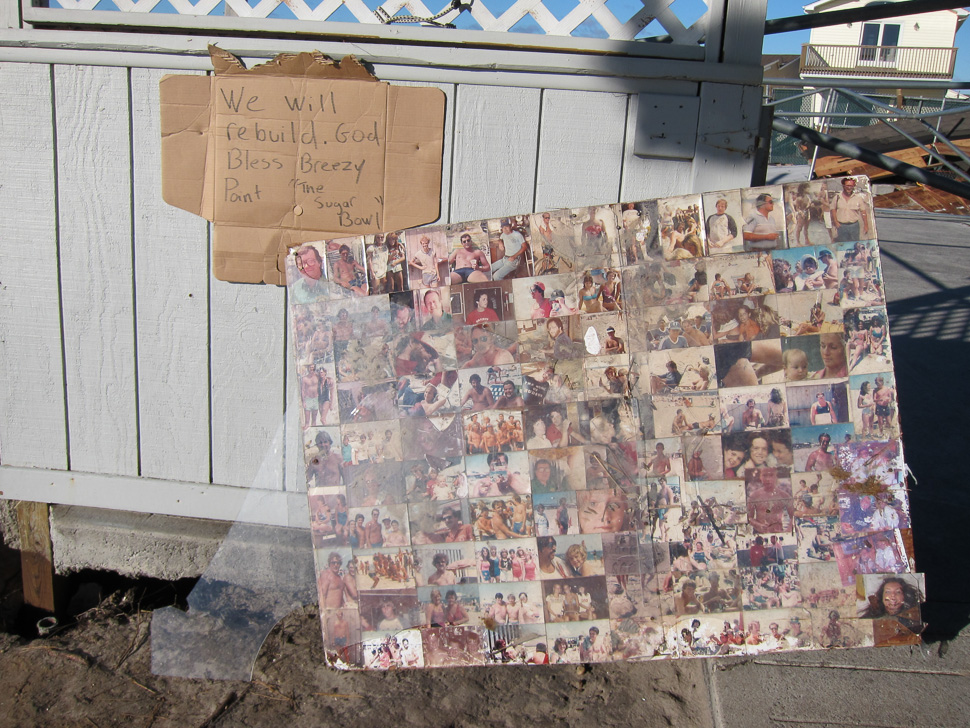