I came home to a surprise package today — two copies each of the two most recent issues of “Where Women Cook”.  In the box was a handwritten note from Jo Packham, the editor-in-chief of the magazine.  She thanked me for being “such an important part” of the summer issue (aw, shucks), and suggested that I give one of the sets away on my blog.  Cool idea, huh?

I’ve never given anything away here before.   Never even thought of it, really.  So I’m going to keep it simple.  Leave a comment on this post and you’re entered to win.   At 9am on Thursday, June 28 I’ll randomly select one of the comments.  If I select your comment,  THESE will be yours! 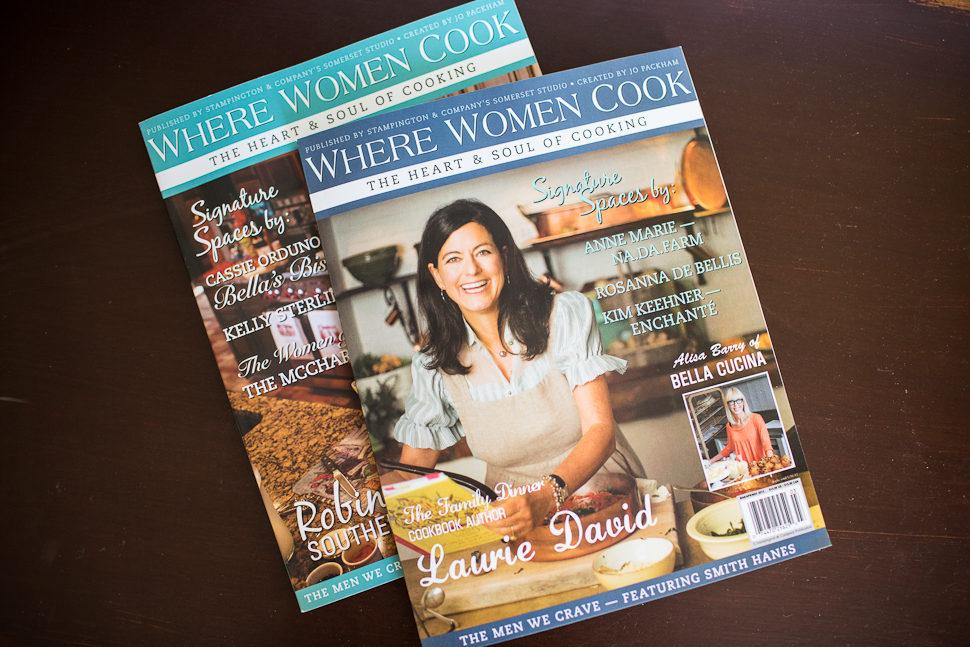 Now, a confession.  You know that dream where you throw a party and nobody comes?  Well, I’ve never had that dream.  I mean, the people we know tend to like parties, and we throw a pretty good party when we set our minds to it.  But I’m afraid that when I go to sleep tonight, I’ll have a similar dream in which I throw a giveaway and nobody enters to win!  Logically, I know that really shouldn’t happen.  I’ve told you how great this magazine is, and let’s be honest — who doesn’t like free stuff?  But for some reason, I feel the need to launch this giveaway before I have the chance to have this dream, and to tell you about the mild anxiety I’m having about the possibility of having the dream — or worse, the possiblity of the possible dream coming true!

So, do me a solid.  Leave a comment.  It can be anything at all — you can just say “hi”, or “I really like to cook,” or “I like parties,” or “I like your pictures,”  or even “I know your brother, but I didn’t ever realize he was your brother until the other day” — really, anything!

Thanks in advance for participating, and good luck! 😉

Weekend!!!!⁠ All my babies will be home and I’

Hi, I hope you’re having a happy Tuesday! I’m