Once upon a time, I was not a big fan of January.  I thought of it as bleak.  Boring.  Cold. 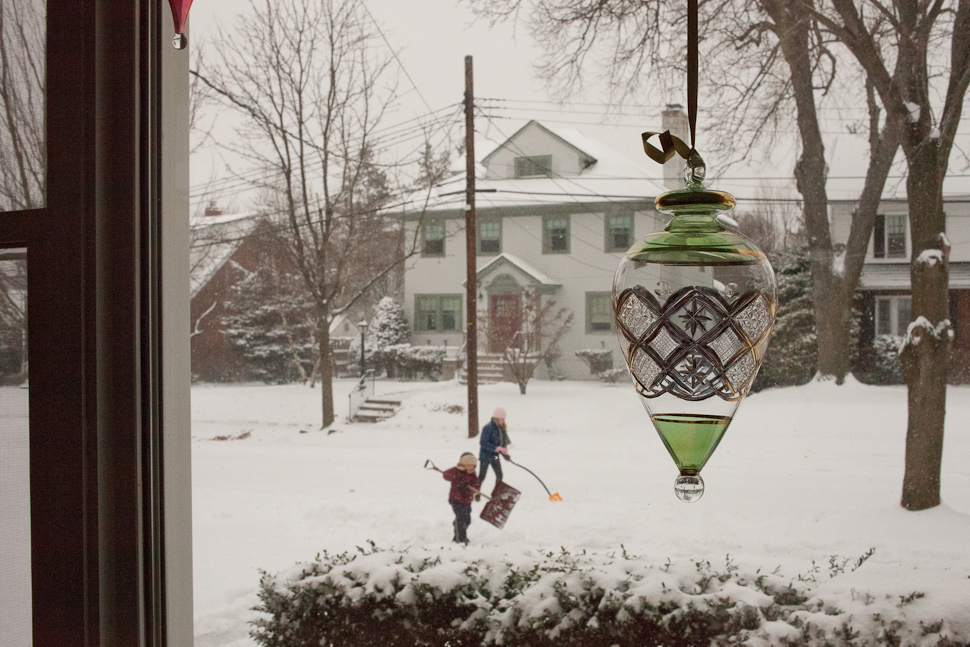 Lately, though,  I’ve gained a new appreciation for January.   It’s not just because this particular January was especially mild (although I’m very thankful for that!)  I think that as the years go by and the kids get bigger and everything gets busier and time goes so much faster, I appreciate January for what it is — a sort of pause in the craziness of the year.  There’s more time to clean up and get organized – and being organized brings a calm in itself.  There’s more time to watch what’s going on around me, and to enjoy it.  Less doing, and more being.

Don’t get me wrong — I’ve always enjoyed being busy, and this month had its share of activity.  Lots of basketball, for example — with three kids playing this year, we found ourselves at LOTS of games, and I’m relieved that I enjoy watching that sport as much as I do.  We had our third grade bass player’s first winter concert, at which he expressed his unique personality — both through the music and by performing with his shirt untucked an his tie sagging (minutes after I embarrassed him by insisting that he tuck and tie and straighten himself up!)  With all the new stuff that Christmas brought, there was lots of playing to be done.  We’re not a big TV family, but when we upgraded to a new TV, some of the ‘old’ video games seemed like new again.  And there’s nothing like a mild January day for a visit to the zoo — you can practically have the place to yourself.

We also had a BIG birthday in January.  My baby girl is now officially a teenager.  Sigh.  We had fun celebrating with her — as usual, it started with her “muffin party”  (our family tradition, started because Daddy wasn’t always home in time for toddler dinnertime, but continued because what better way is there to start your birthday than with presents and a some candles in a muffin?).  Later, she had dinner out with friends and a night of ice skating under the disco lights.  The rest of the month was spent (as the rest of our lives will be spent, I suspect), getting used to the idea that our little girl — the tiny little peanut who arrived 3 1/2 weeks early at under 5 pounds with skinny little chicken legs and changed our lives forever — is growing up.   And learning what it’s like to live with a teenager! 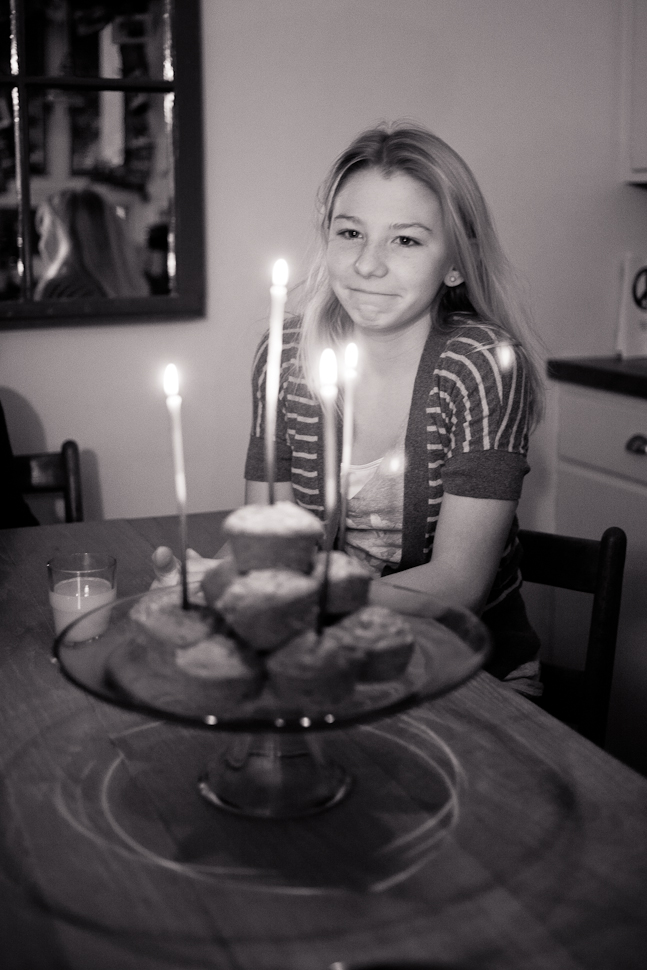 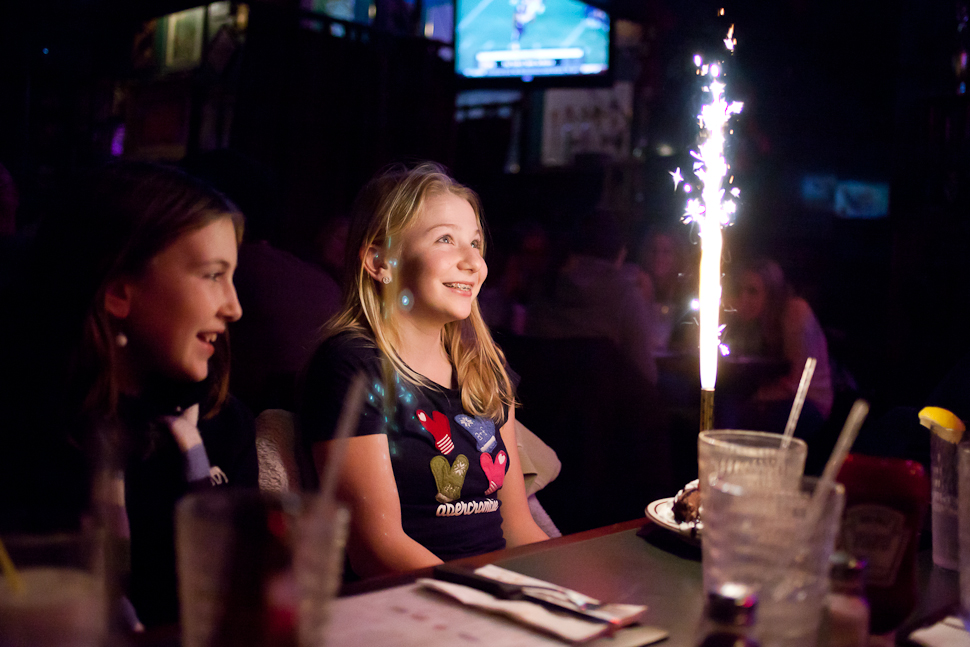 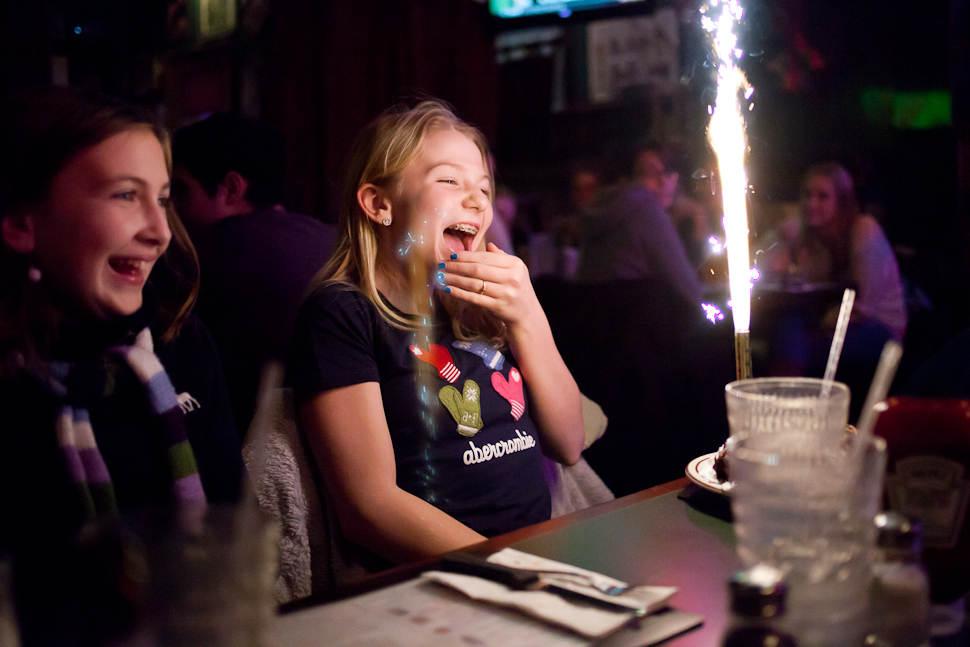 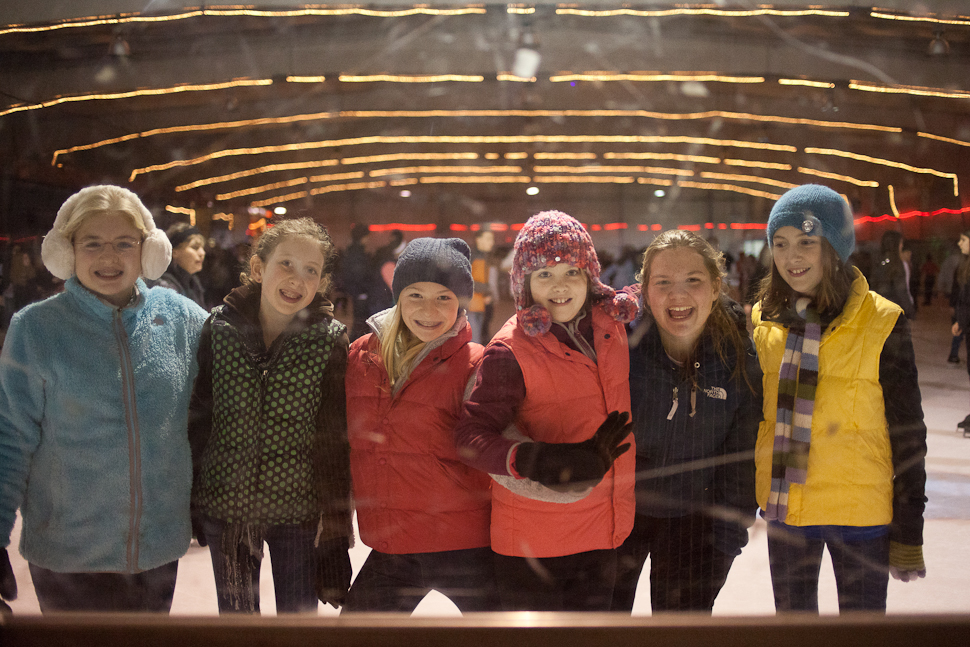 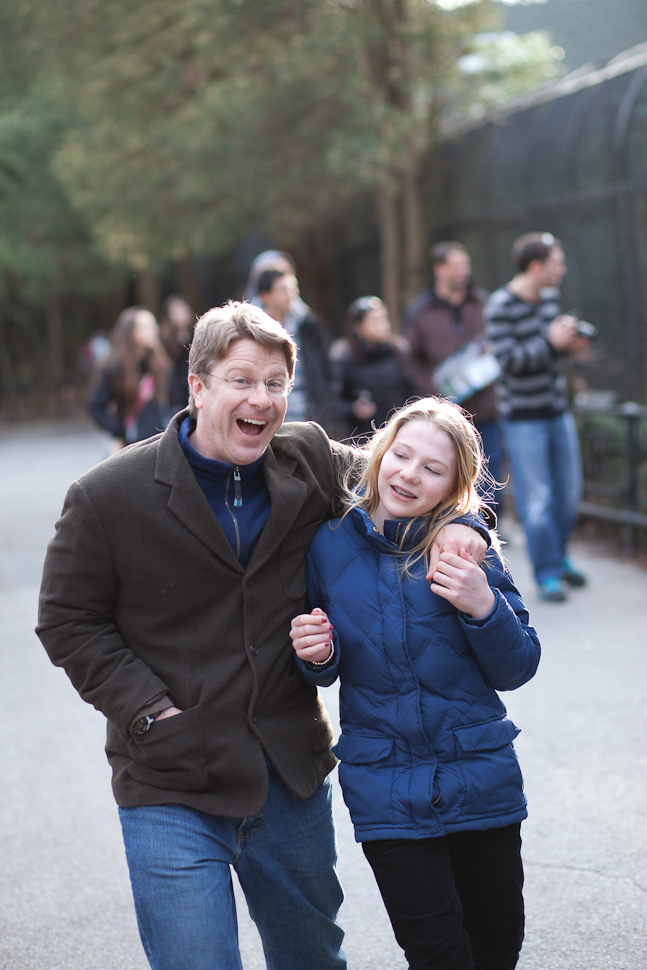 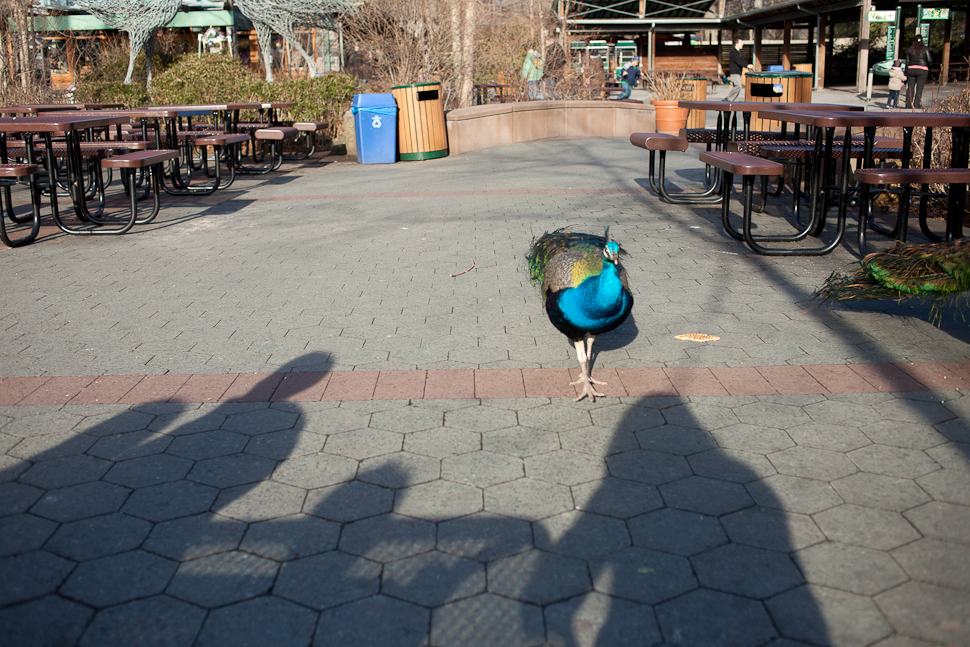 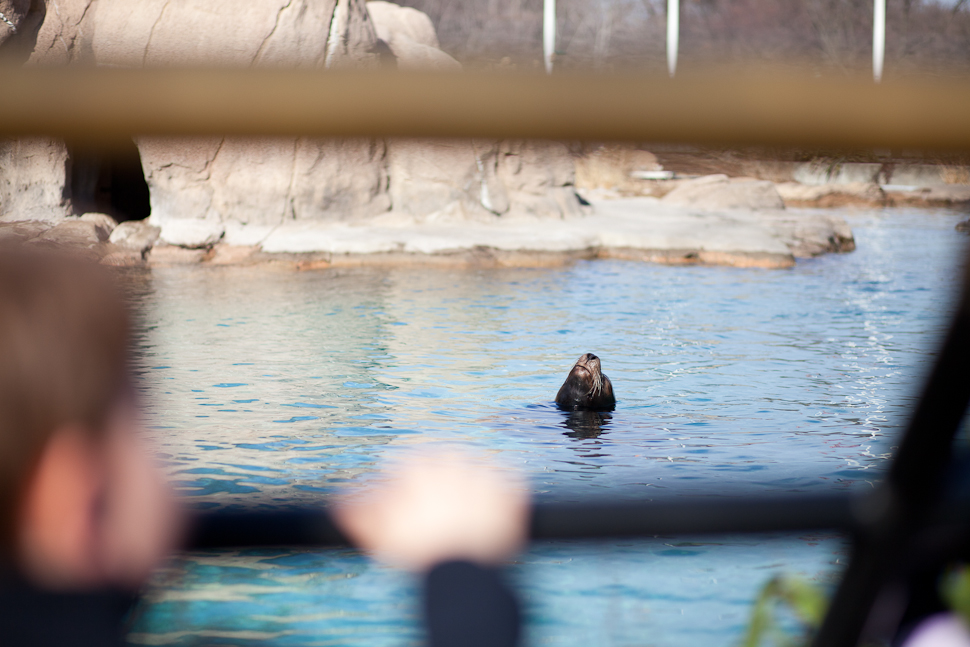 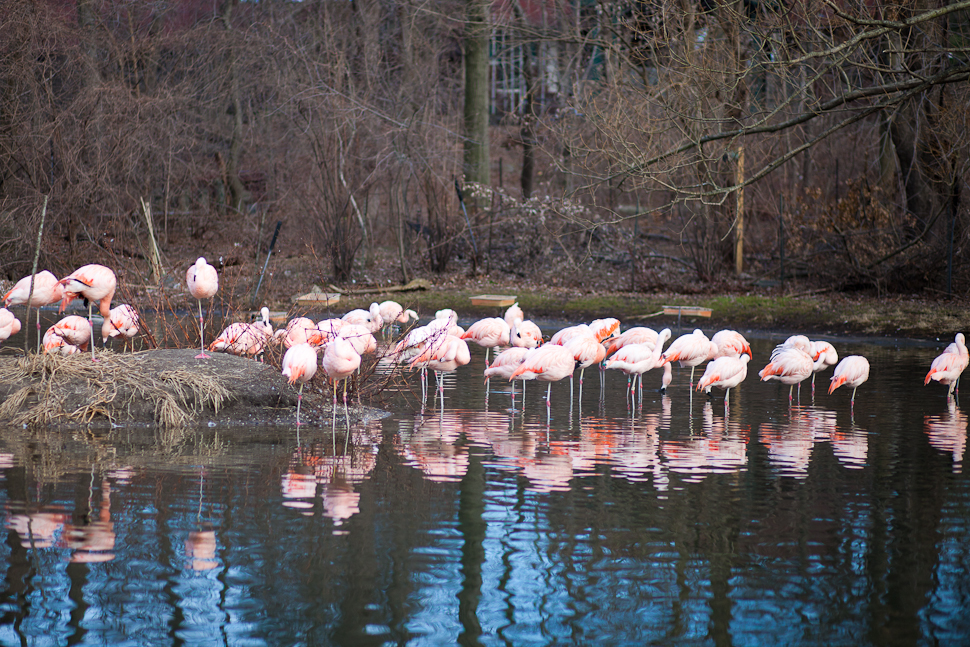 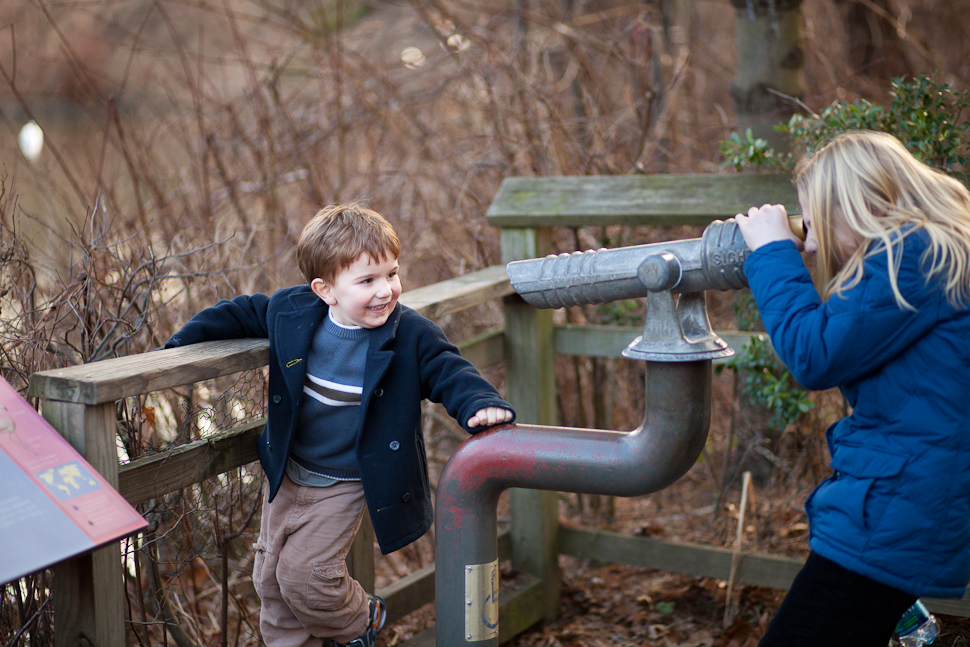 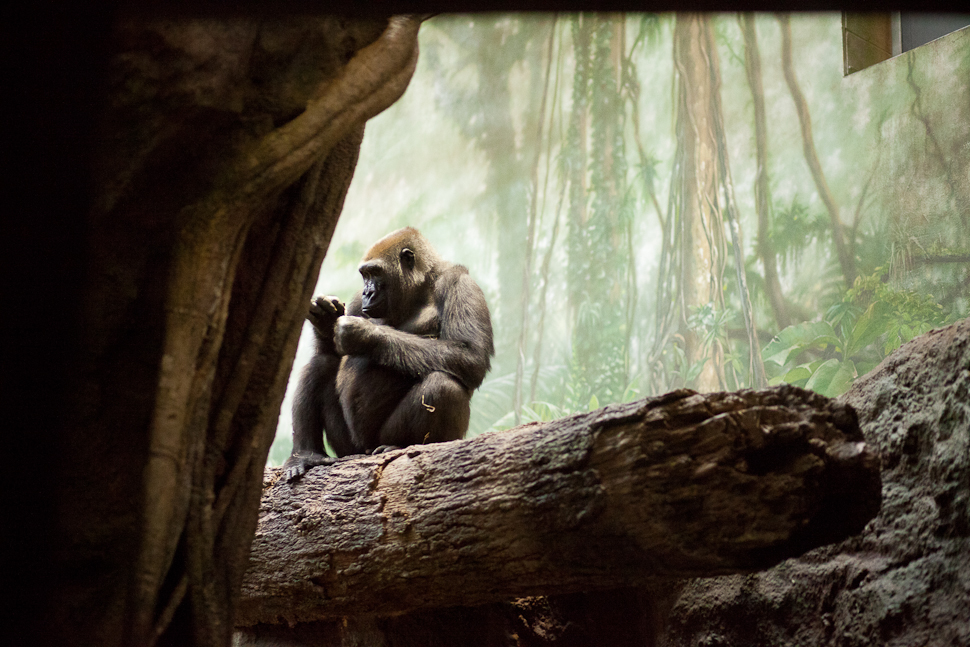 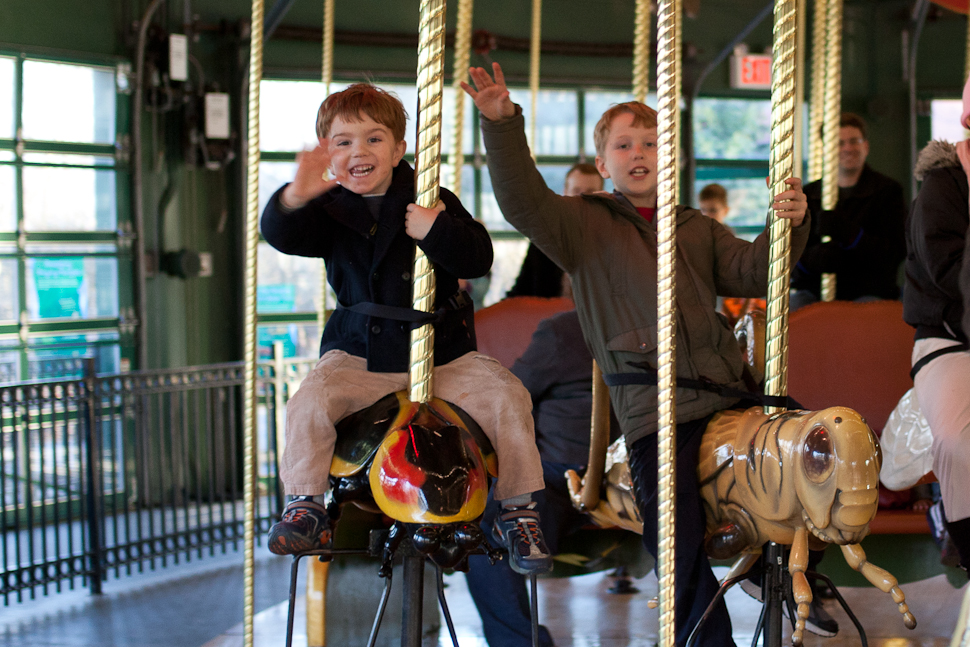 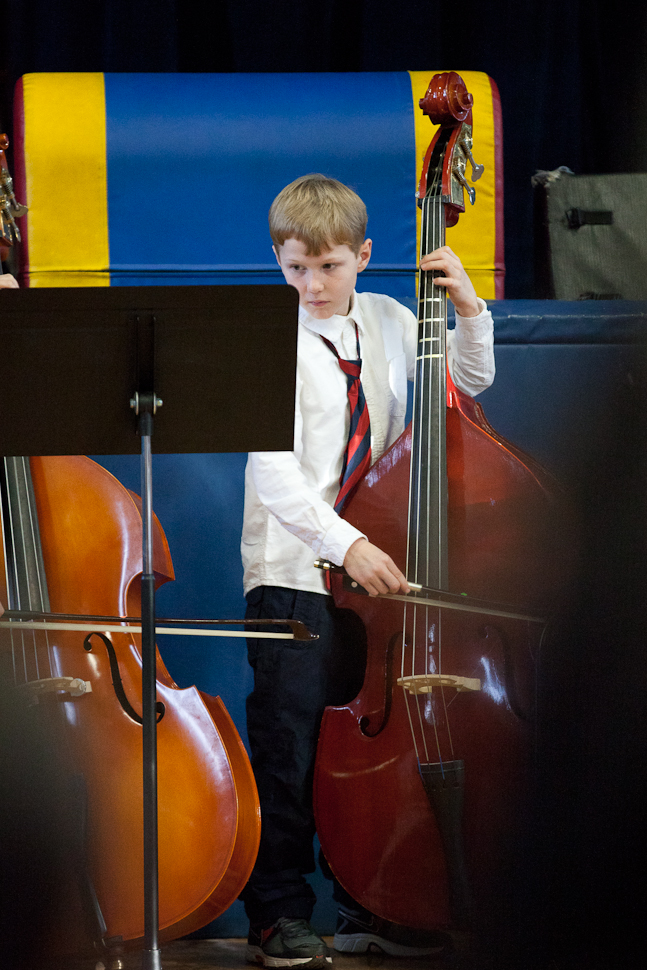 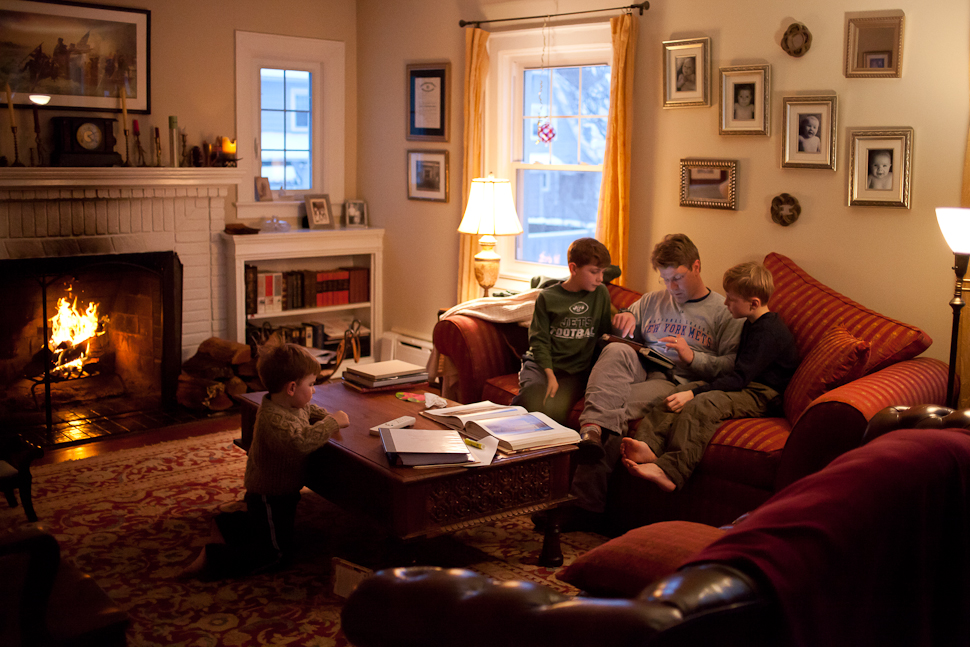 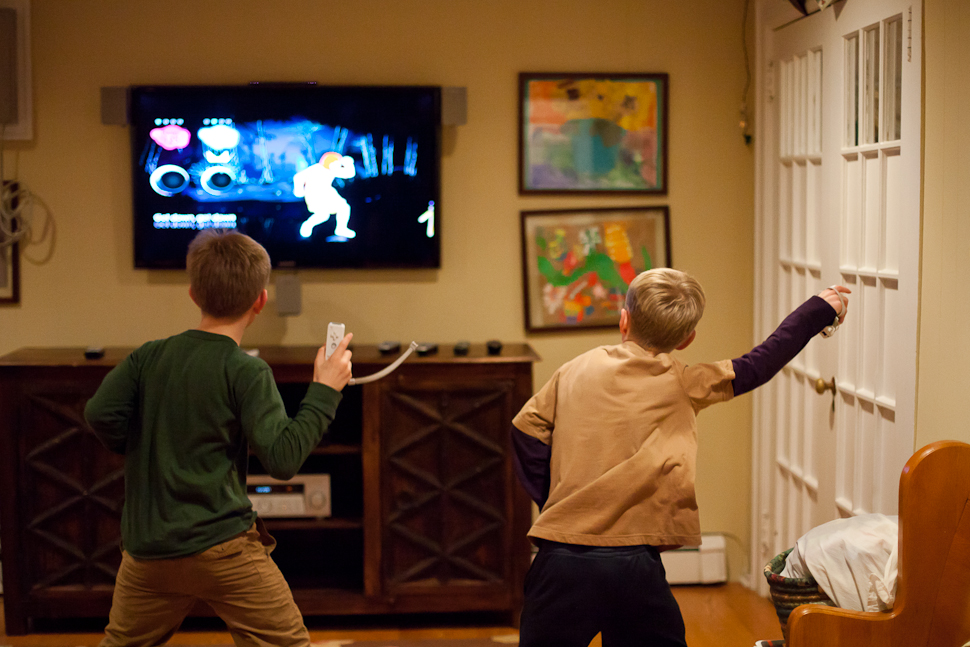 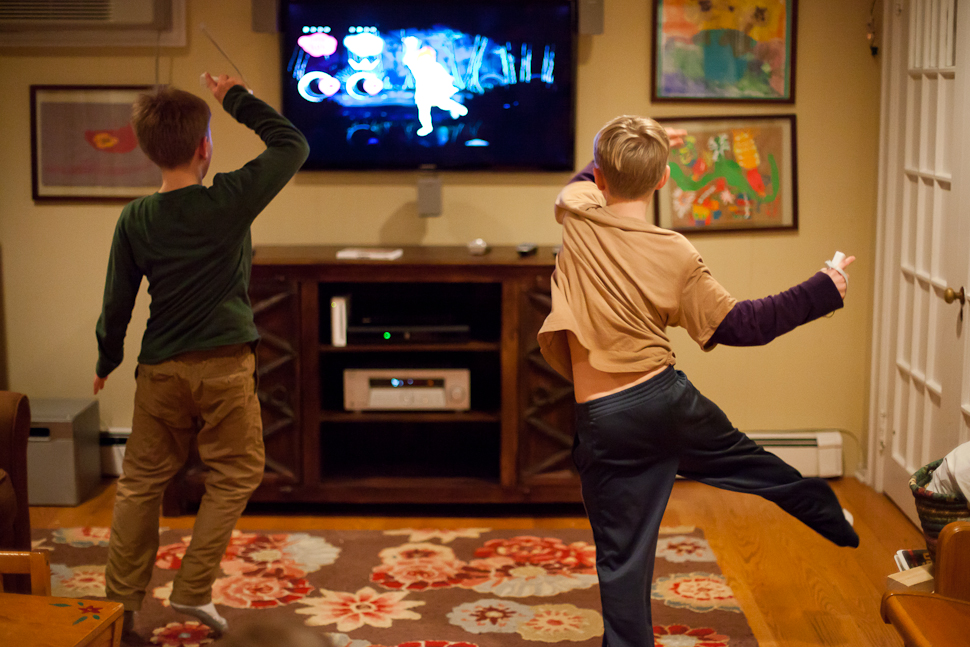 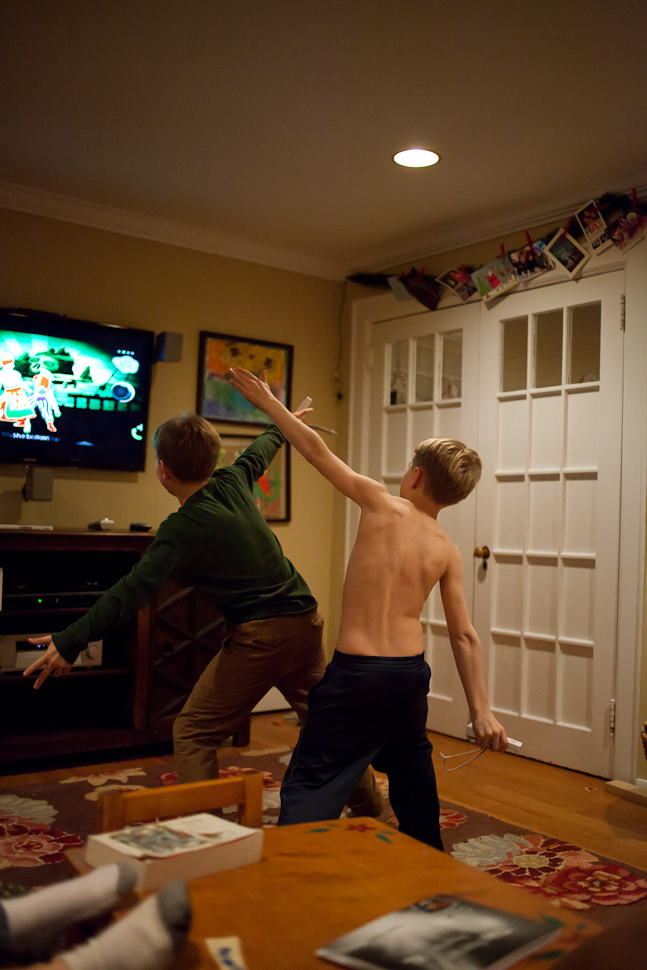 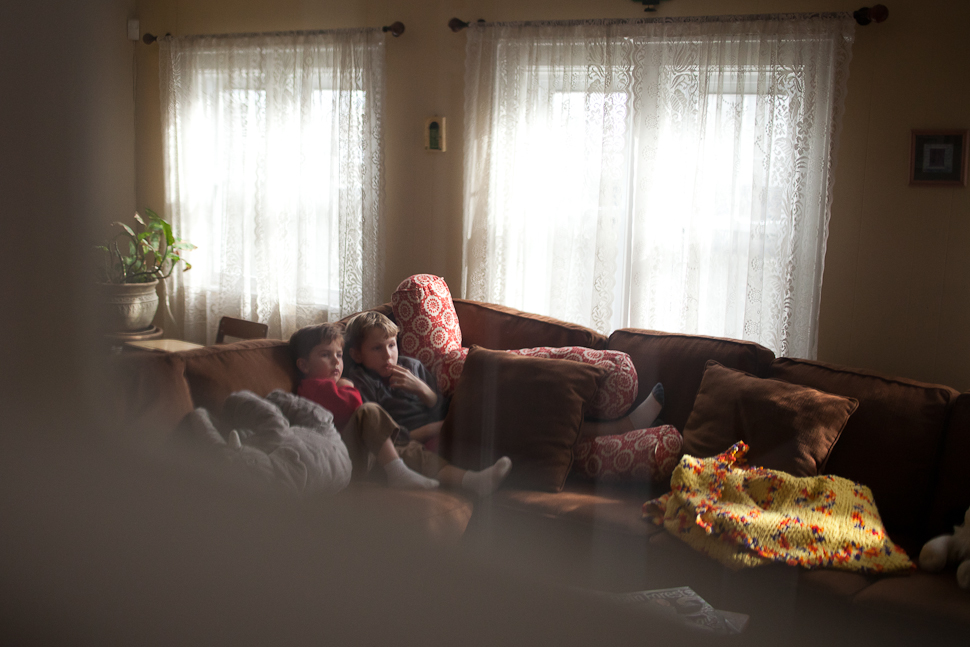 (By the way, I’m still doing that personal project I told you about last month — the idea is to capture tiny little snippets of day-to-day life and save them. For me, it’s both about having them to look back on in the future and about remembering to enjoy them right now, as they’re happening. I keep them on a separate little snapshot blog you can see here, if you like. Each photo has a caption, as well, which you can see if you click on the photo in the blog. It’s fun. I like it.) 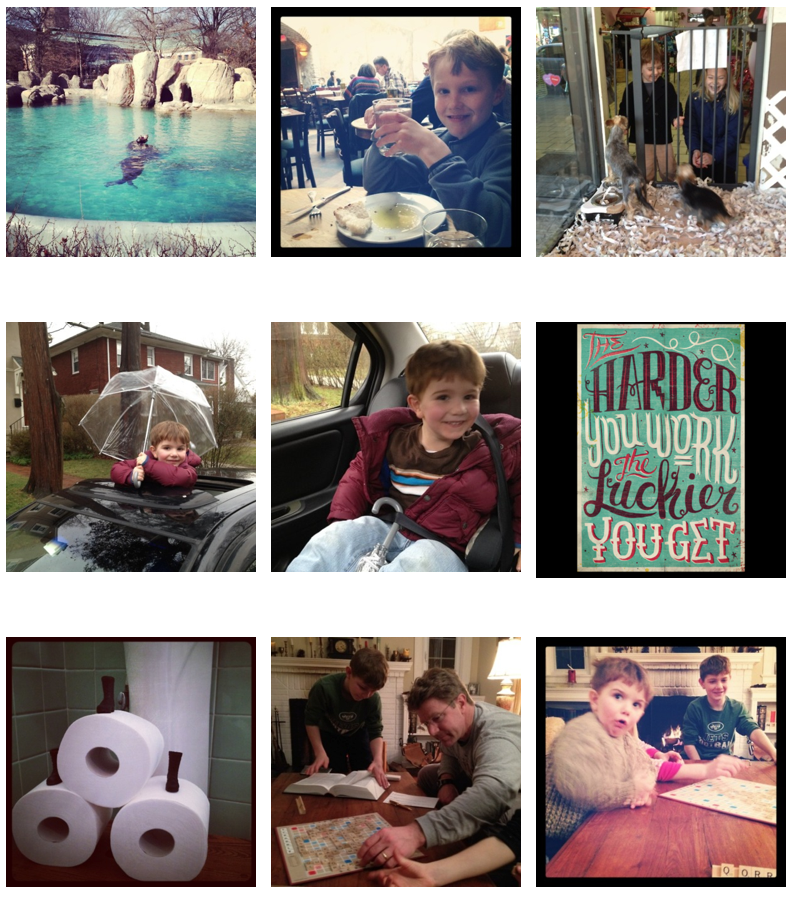